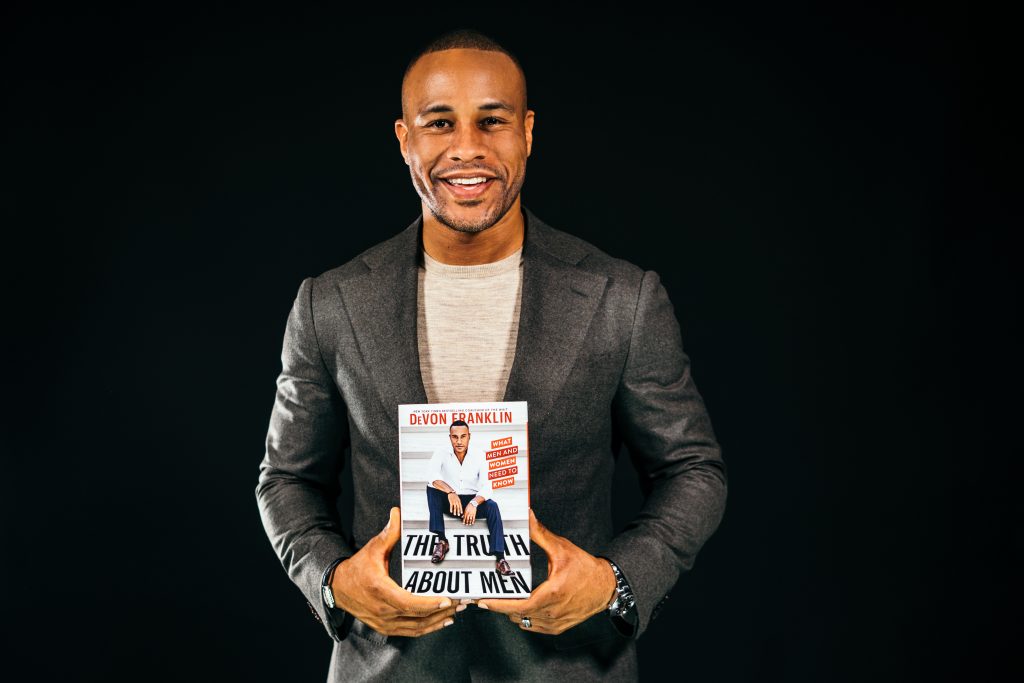 DeVon’s unique combination of ENTERTAINMENT EXPERIENCE, SPIRITUAL WISDOM, SELF-HELP EXPERTISE, AND DYNAMIC SPEAKING STYLE has made him a highly sought after speaker on the topics of LEADERSHIP, MOTIVATION, RELATIONSHIPS, HOLLYWOOD and FAITH.

DeVon is the media’s go-to for hope, inspiration, and motivation.

HIS INSPIRATIONAL FILMS HAVE GROSSED OVER $175MM AT THE BOX OFFICE WITH MOST RECENT HITS INCLUDING BREAKTHROUGH STARRING CHRISSY METZ (DISNEY/FOX), THE STAR (SONY PICTURES) AND MIRACLES FROM HEAVEN (SONY PICTURES).

Franklin Entertainment has several projects in development including Flamin’ Hot, the true story of the creation of Flamin’ Hot Cheetos (Fox Searchlight) and Daring to Live (Paramount Pictures), the true story of four Black women who went on extreme adventures to overcome their greatest fears in life.

Variety Magazine named him one of the “Top 10 Producers to Watch,” Ebony Magazine has distinguished him as one of the “Top 100 Influential African-Americans in America,” and Oprah has called him “…a different kind of spiritual teacher for our times.”

In addition to his work as a producer, DeVon is also the author of multiple bestselling books including THE TRUTH ABOUT MEN, THE SUCCESS COMMANDMENTS, THE WAIT (co-written with his wife, award-winning actress Meagan Good) and PRODUCED BY FAITH. His highly anticipated fifth book, LIVE FREE: Exceed Your Highest Expectations will be released May 4, 2021.

Additionally, DeVon serves on the Board of Governors and is the Co-Chair of the Representation and Inclusion Taskforce for the Academy of Motion Pictures Arts & Sciences. Recently, he spearheaded the initiative to implement historic diversity and inclusion guidelines for Oscars eligibility.

DeVon has a Bachelor’s Degree in Business Administration from the University of Southern California.